10 Outdoor Games You Can Play At The Campground

As an affiliate, we earn from qualifying purchases. We get commissions for purchases made through links in this post.

Aside from time spent around a campfire, playing outdoor games can be some of the best times spent with family and friends at the campground. These games can build relationships and memories that will remain for a lifetime. So what are some great outdoor campground games?

It had to be on the list so I might as well put it at the top. Cornhole may just be the most popular and perfect campsite outdoor game. You can grab the bags and practice all by yourself and set up an entire tournament for hours of enjoyment.

In case you’re one of the five people in the world who doesn’t know what this game is or how it’s played then here is a brief description. Cornhole is a game in which small bags that are filled with dried corn are tossed at a target consisting of an inclined wooden platform with a hole at one end.

How To Play Cornhole

Ideally, the game is played by 4 people consisting of 2 teams with one team member standing at opposite boards facing each other. The boards are placed 27 feet from each other, front to front.

8 bags start at one side and the team members alternate throws until all bags are tossed, trying to get the bag in the hole, then the team members on the other side do the same thing. Players cannot cross the foul line, which is the front of the board, when tossing.

The score is calculated by awarding 3 points to bags that go through the hole and 1 point for bags that land on the board. First to 21 wins. In a tournament points are canceled out, for example, if one team gets 5 points and the other team gets 3 points then the winning team is awarded 2 points.

Bocce is played with eight large balls and one smaller target or object ball called a pallina. There are four balls per team with each set of balls being a different color. Teams can be made up of one, two, or even four players.

A team that wins a coin toss will throw out the pallina ball into the court and then get the first Bocce ball toss at the pallina. The object of the game is to get your Bocce ball closest to the pallina and get awarded points.

Only one team scores in a frame. One point is awarded for each ball that is closer to the pallina than the closest ball of the opposing team. Games are played to 16 points with the first team reaching 16 points being the winner of a game.

Yardzee has the same rules as the table game Yahtzee. The only difference is the dice are bigger and designed to play on the lawn. The object of the game is to roll the dice and try to fill each category on your sheet to score the highest amount of points.

This game of skill and strategy begins by stacking the wooden blocks to build a tower. Then, take turns moving pieces until the tower falls over. Try to keep your hand steady! It sounds simple but it can be a little nerve-racking as you carefully remove pieces from the unstable tower.

Croquet can be played by two, four, or six players The object of the game is to hit your balls through the course of six hoops in the right order in each direction and finish by hitting them against the center peg. The side which completes the course first with both balls wins.

Disc Golf is played just like traditional golf, but with frisbees instead of balls and clubs. One throw, or stroke as it’s referred to, is counted each time the disc is thrown and when a penalty is incurred. The goal is to play each hole in the fewest strokes possible. The player with the lowest total strokes for the course wins.

In ladder ball each player has 3 ball bolas, which are 2 balls balls attached by a nylon rope. The color of the bolas is indicated by the player. The object of ladder ball is to toss the bolas underhanded while trying to wrap the bolas around the steps of the ladder golf set.

To play horseshoes each player pitches both shoes followed by the opponent’s two shoes.
In pitching a shoe, the player may not cross the foul line, which is the stake. When playing teams, half the team throws from one stake and half throws from the other.

Games can be played to 40 points and any shoe must be within one horseshoe-width of the stake to be considered for points. This can be measured across the outside of the open end of the shoe. The closest shoe to the stake gets 1 point and If you have two shoes closer than any of your opponent’s, you get 2 points. Ringers are worth 3 points each and must completely encircle the stake. If your opponent throws a ringer on top of yours, they cancel each other out and no points are scored. Leaners are worth 1 point and are considered closer than any adjacent shoe except ringers.

The game is played by two teams who play a series of rounds. In a round, every player is allowed three rolls with their team’s ball. Each player’s turn starts with all the pins standing. The ball must be rolled down the length of the alley and not thrown. If the first or second roll results in all pins being knocked down, they are all reset. One pin is worth one point; the maximum score in one turn is thirty points. The total number of points scored by each team member are added together. The team with the highest score wins the round. The first team to win five rounds wins the match.

There you have it, 10 fun outdoor games you can play at the campground. Now go laugh and build memories!

Harold & Mary Thornbro
We are seasonal campers in Indiana and there isn’t much we enjoy more than hanging out with family and friends at the campground. Follow along on our blog while we share what we know and love about the Seasonal Camping Life.

Hi and welcome to Seasonal Camping Life! We are Harold and Mary Thornbro and if you are looking for us in the warmer months you can usually find us at the campground. Read More About Us 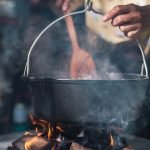 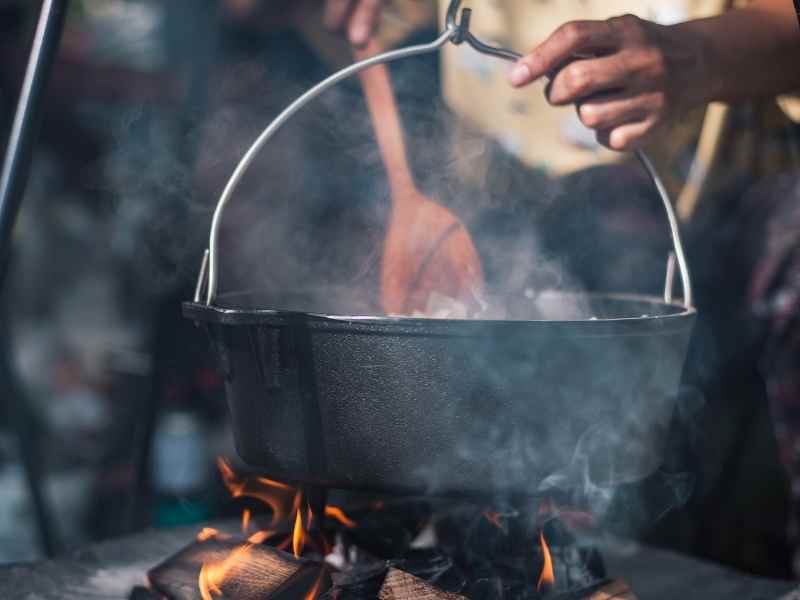 One of the greatest joys of being at the campground is time spent around the campfire. That time can be even more unique and special when you cook your meals over that fire. This experience… 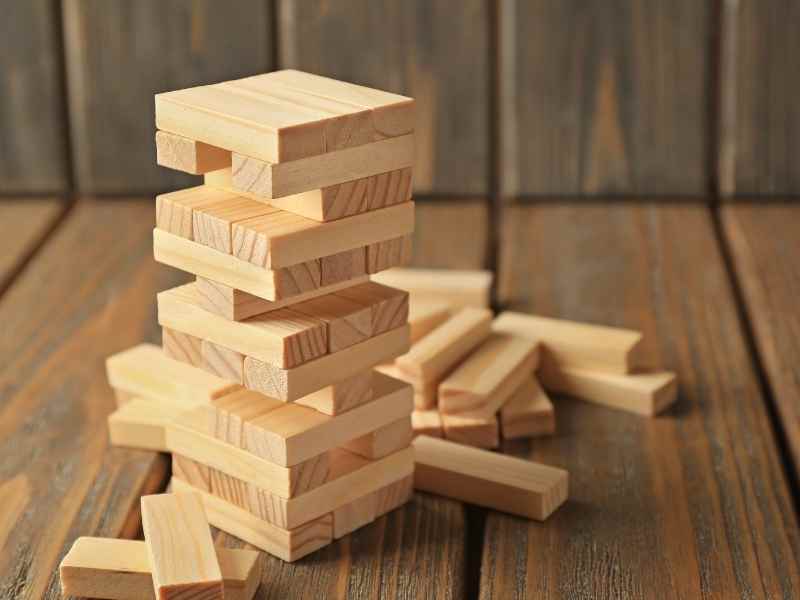 Every camping family knows that it ain’t always warm and sunny when you’re at the campground. So what do you do on those days when the weather isn’t the best for outdoor activities but you…

We use cookies on our website to give you the most relevant experience by remembering your preferences and repeat visits. By clicking “Accept”, you consent to the use of ALL the cookies.
.
Cookie SettingsAccept
Manage consent

This website uses cookies to improve your experience while you navigate through the website. Out of these, the cookies that are categorized as necessary are stored on your browser as they are essential for the working of basic functionalities of the website. We also use third-party cookies that help us analyze and understand how you use this website. These cookies will be stored in your browser only with your consent. You also have the option to opt-out of these cookies. But opting out of some of these cookies may affect your browsing experience.
Necessary Always Enabled
Necessary cookies are absolutely essential for the website to function properly. These cookies ensure basic functionalities and security features of the website, anonymously.
Functional
Functional cookies help to perform certain functionalities like sharing the content of the website on social media platforms, collect feedbacks, and other third-party features.
Performance
Performance cookies are used to understand and analyze the key performance indexes of the website which helps in delivering a better user experience for the visitors.
Analytics
Analytical cookies are used to understand how visitors interact with the website. These cookies help provide information on metrics the number of visitors, bounce rate, traffic source, etc.
Advertisement
Advertisement cookies are used to provide visitors with relevant ads and marketing campaigns. These cookies track visitors across websites and collect information to provide customized ads.
Others
Other uncategorized cookies are those that are being analyzed and have not been classified into a category as yet.
SAVE & ACCEPT